The Sea of Carson 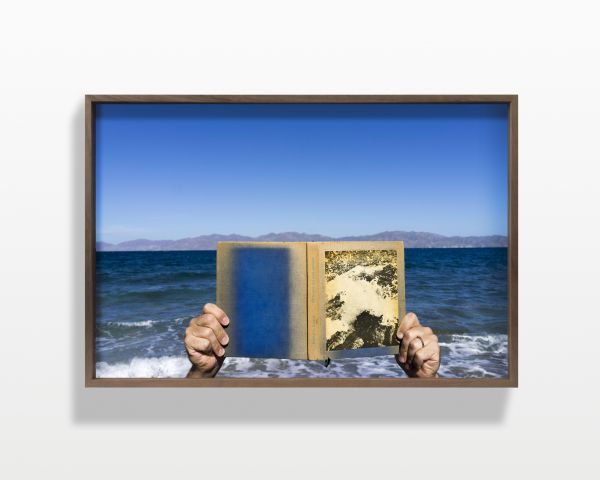 In between the southern shores of Baja California and the mainland of Mexico, stands the island formerly known as Isla Ceralvo which, despite protests from local communities, was renamed into Isla Jacques Cousteau in 2009. An official homage to the marine life filmmaker and explorer, this renaming operation was a diplomatic gesture aimed at France. Notwithstanding the light shed on the petroleum explorations of Jacques-Yves Cousteau, the name change was approved by the Mexican government. To this day, more than a decade after the decision ruling, the island is still commonly called Isla Ceralvo.

The Sea of Carson by Adrien Missika is a tribute to marine biologist Rachel Carlson, the visionary and avant-guard ecologist. In her book The Sea Around Us (1951), Carson reveals the magic and the science of the sea. The blue, sun bleached cover of the 1952 French edition held by Missika, sways a mise-en-abîme: the waves breaking in the cover embrace the real sea in the back - the Gulf of California, formerly known as the Sea of Cortez and named the aquarium of the world by Cousteau.

This work was renamed by Adrien Missika in 2020. The original title was Isla Jacques Cousteau.