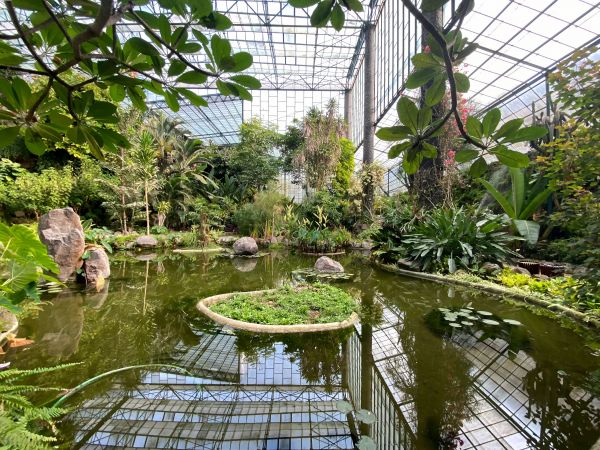 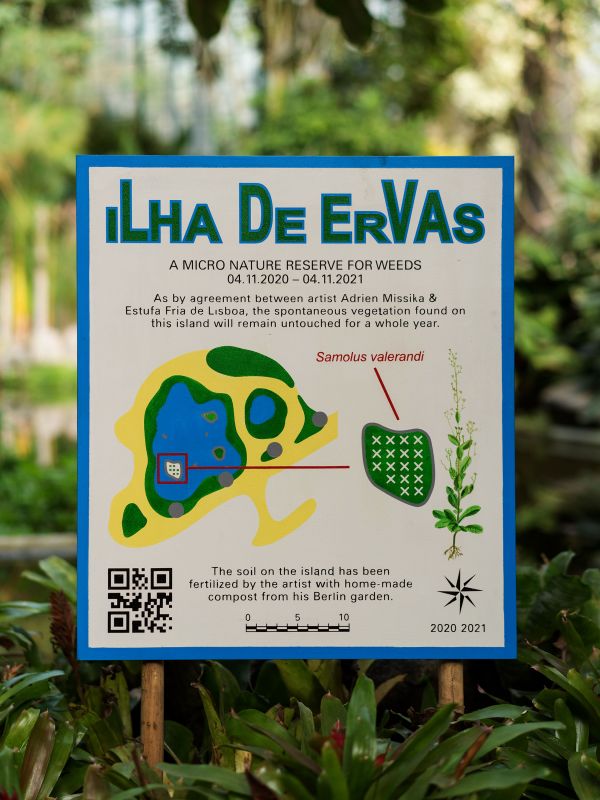 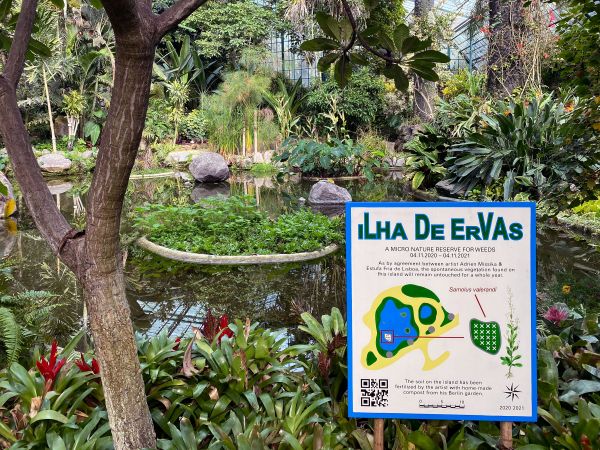 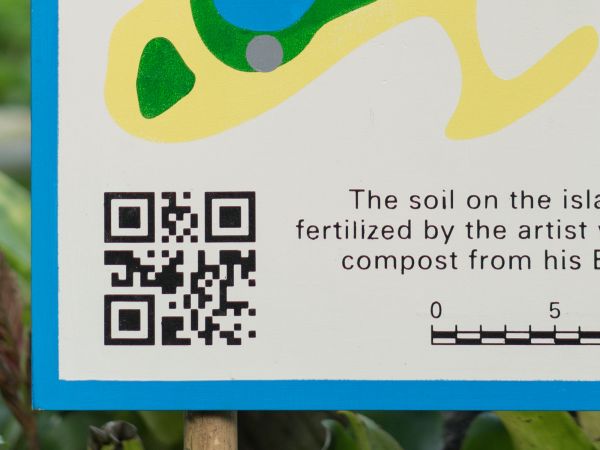 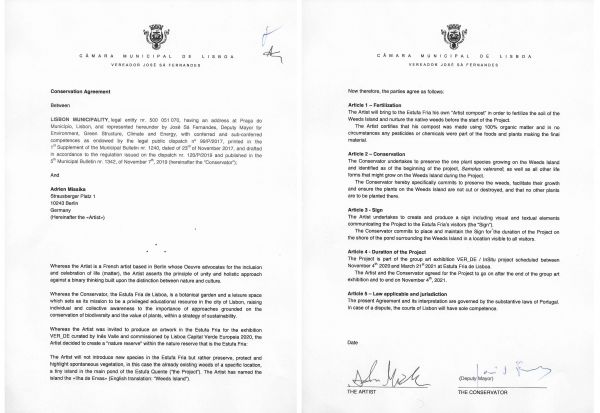 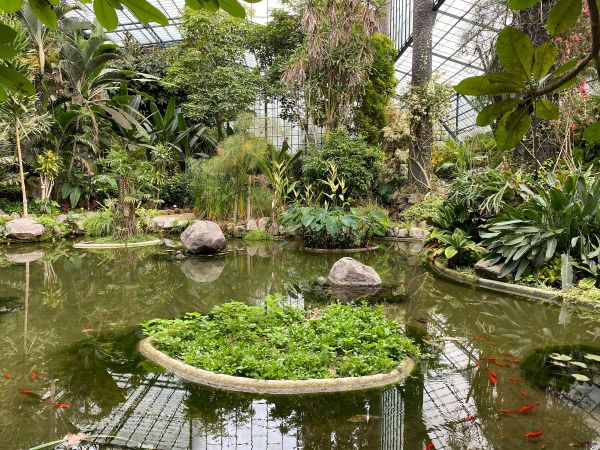 I was invited to make a work at an incredible botanical garden, the Estufa Fria in Lisbon. The place is such a wonder that not much can add to its magic and surely nothing can compete with its lushness. Thus, I decided not to add anything, or rather, almost nothing. When I visited the garden to find out what and where my project could be, I spotted a tiny island on the main pond of the warm greenhouse. It seemed the only place without a sown plant. Later, the keepers confirmed that it was transitioning, and that only spontaneous vegetation settled there. In no other area could we find the so-called weeds. After some investigation, it turned out that one species colonized the 2sqm island : Samolus valerandi, also called water cabbage.I then started discussions with the Estufa Fria and the municipality to preserve the island as a nature reserve, which led to me drafting a conservation agreement with the duration of one year. I made a painted sign depicting a map in a Burle Marx style inspiration with a QR code (also painted) which opened on to the contract signed by both parties, Lisbon’s Councillor for the Environment, and me. Also, as a kick-off to the project, I came with my home-made compost and fertilized the island soil before the opening. Alas, on the opening day already a second plant (stinging nettles) was growing on the island, taking over more than half of its surface.