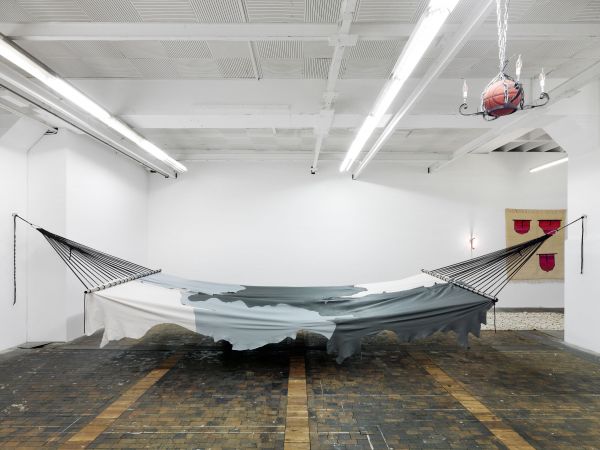 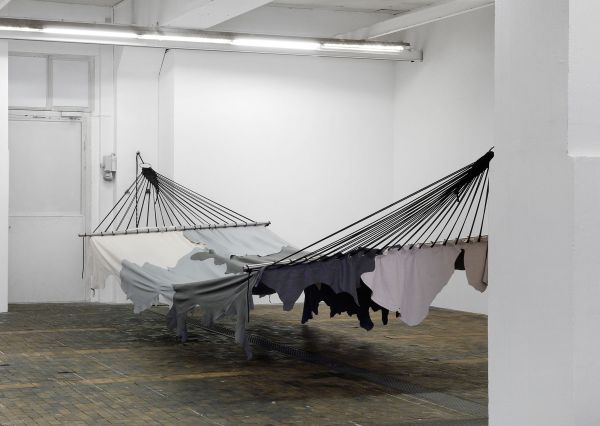 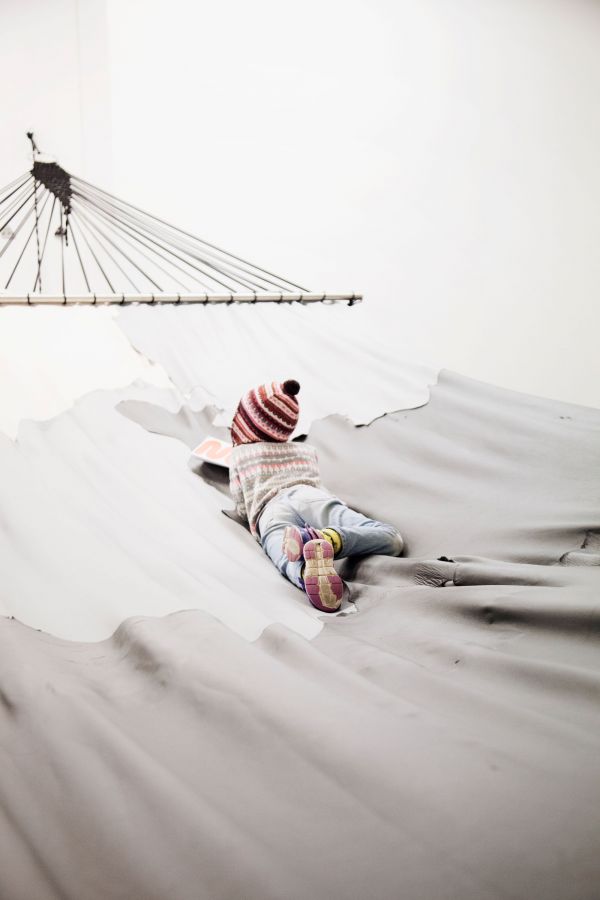 [ham-uh k], (noun), a hanging bed or couch made of canvas, netted cord, or the like, with cords attached to supports at each end.

In his acclaimed opus Species of Spaces, Georges Perec describes the bed as “the individual space par excellence, the elementary area of the body”.

Adrien Missika played on the lines and paradoxes of an anthropometric space becoming the site of a collective experience, of an oneiric invitation to live together. [ham-uh k] is an oversized hammock made of six full cowhides that can host people on top and underneath it's surface. The cloudy surface creates a swingy float experience while the underneath is more like a cave.