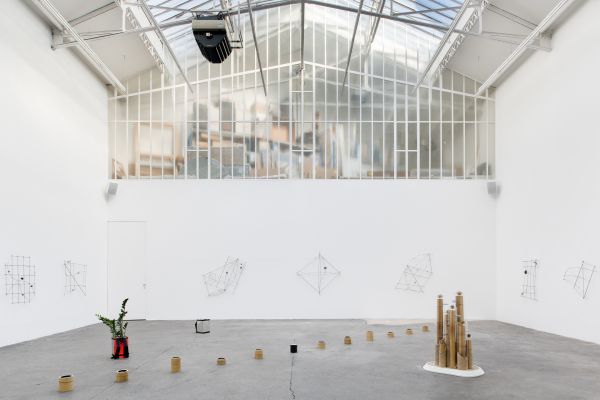 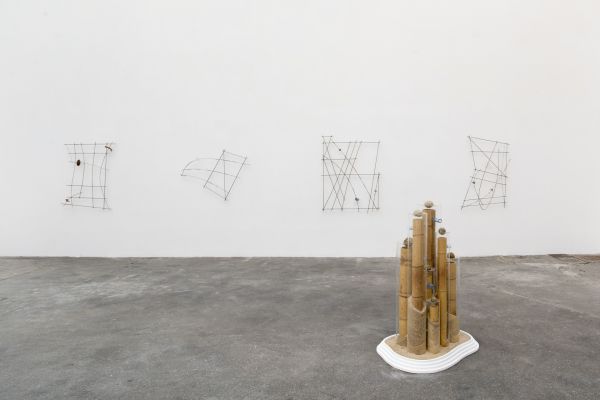 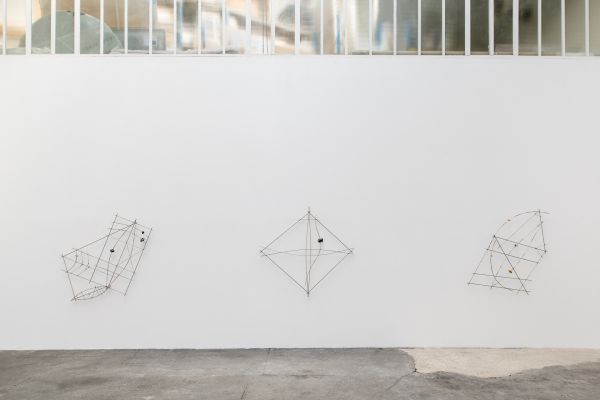 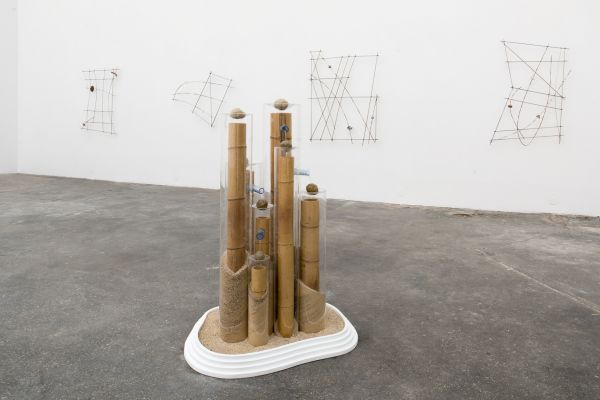 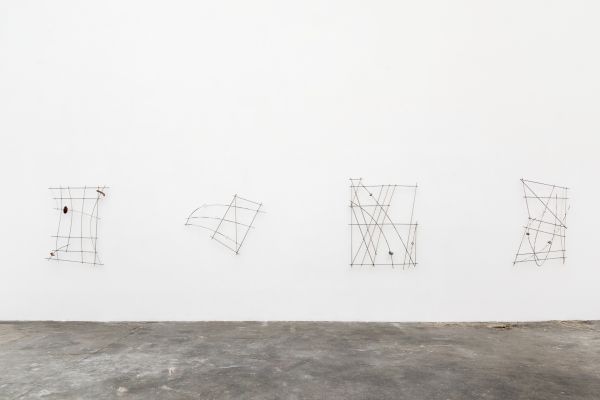 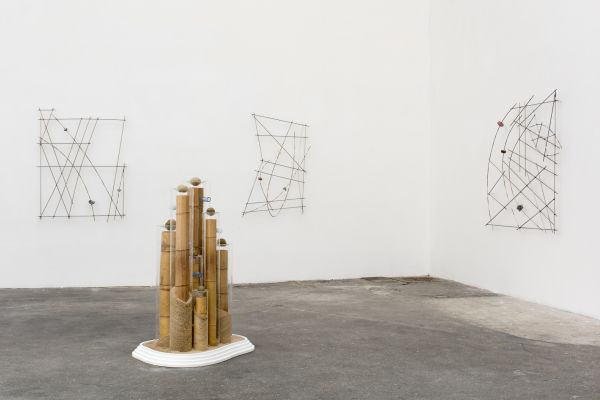 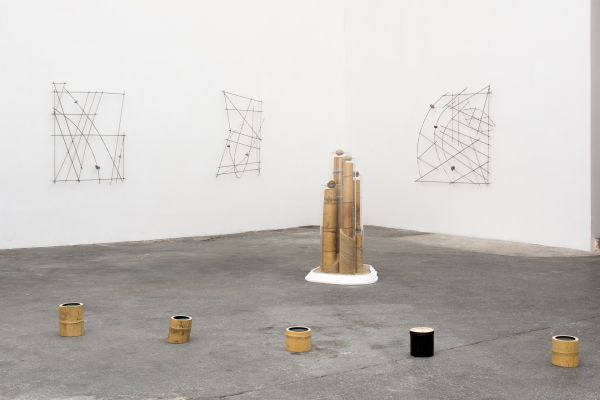 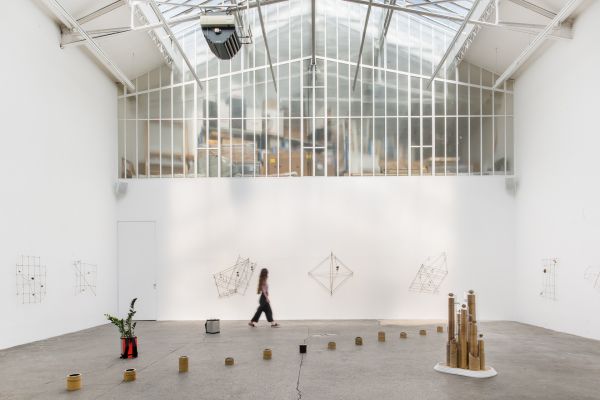 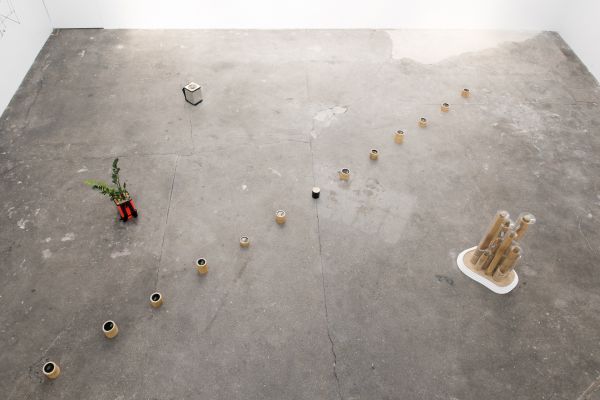 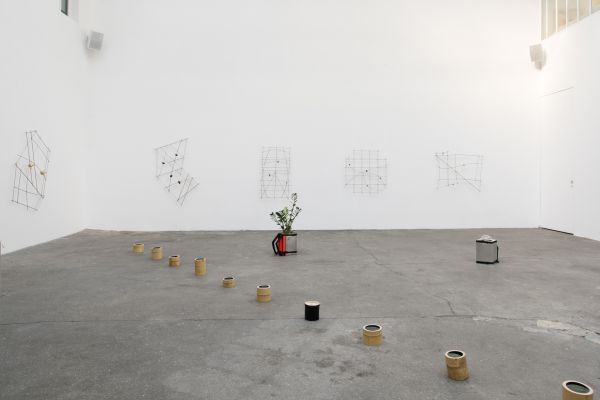 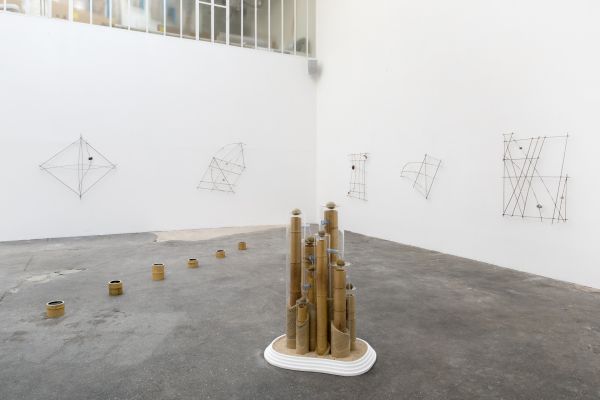 In Demain Amélioration, Adrien Missika presents a set of new sculptures combining technology and natural elements used to plot out a personal cosmogony. Resolutely optimistic, Demain Amélioration—its title borrowed from meteorological jargon—is an exhibition with broad and poetic propositions, combining humour and simplicity in an attempt to re-enchant the infinite scale of space and time.

Demain Amélioration takes the viewer on a journey through science, poetry and futuristic narratives, exploring universal as well as personal themes and mythologies. To evoke humanity’s place in the universe, the artist has devised a simple, pared-down system of production that becomes a vehicle for re-enchantment, where stones represent stars that elude human vision and control, and maps take on an interstellar scale. Here Adrien Missika thus envisions possible destinies for humanity where, in this age of GPS and digital technology, he gives prominence to a primitive notion of navigation and conquest.