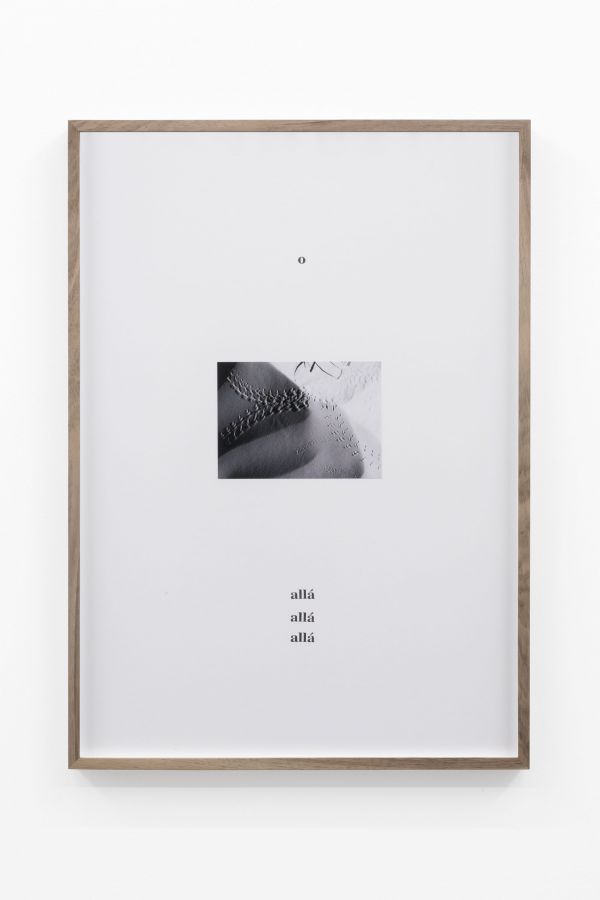 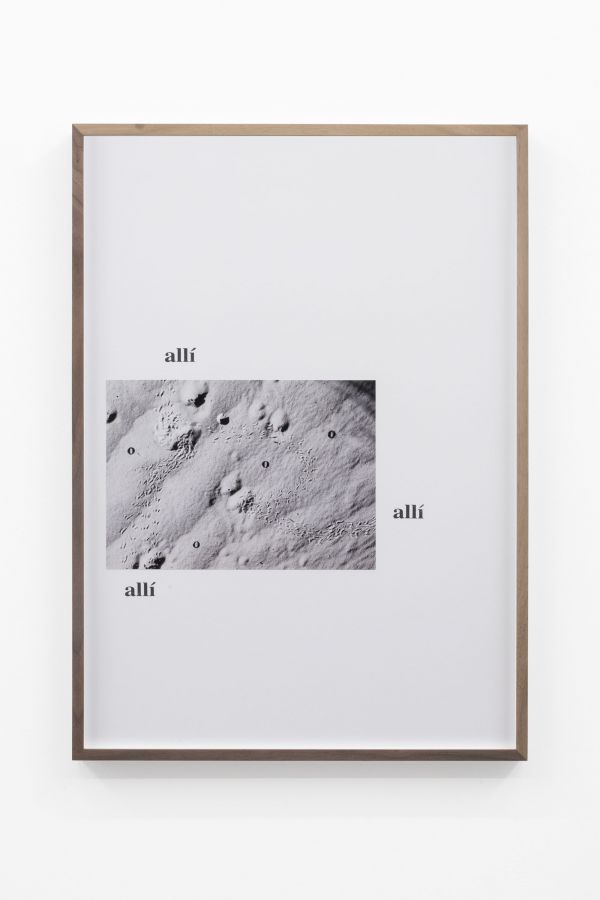 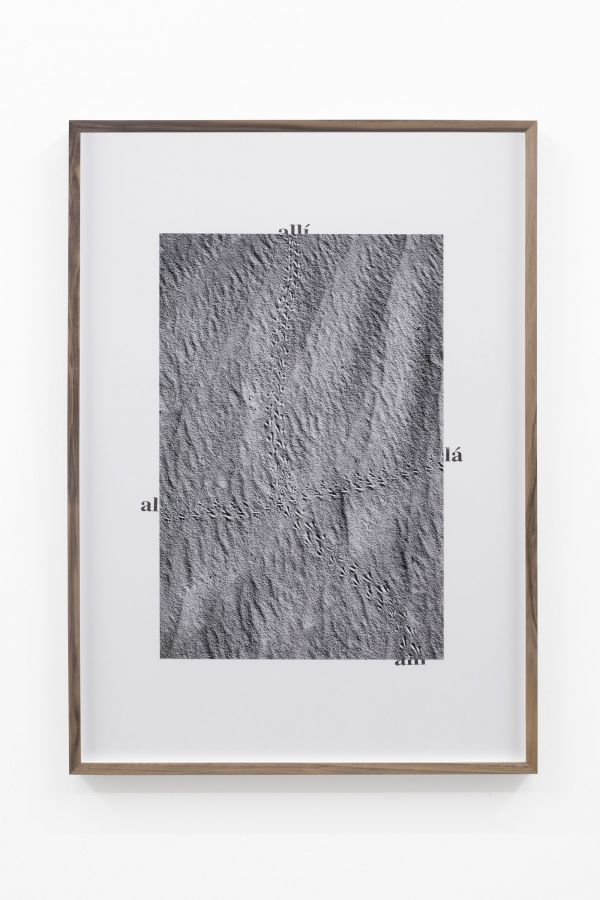 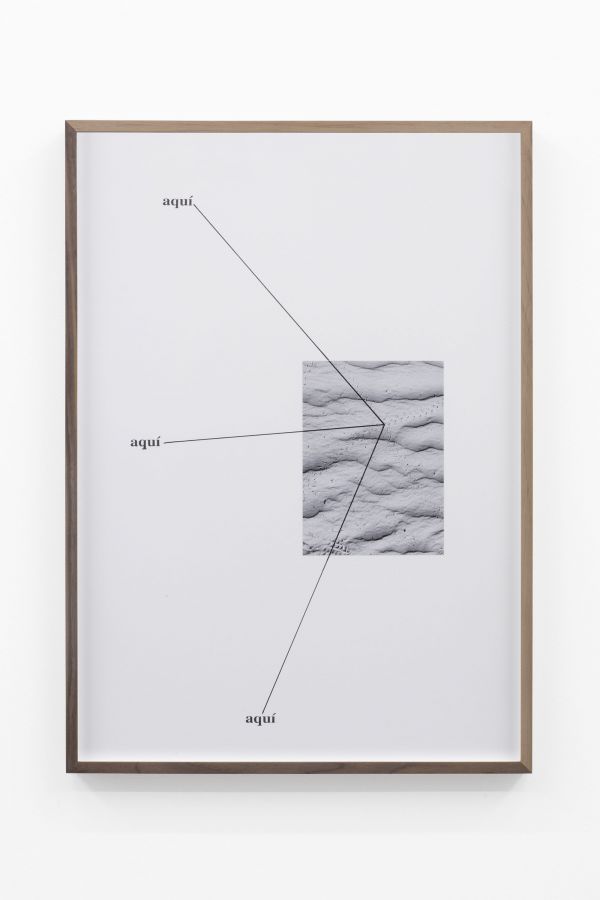 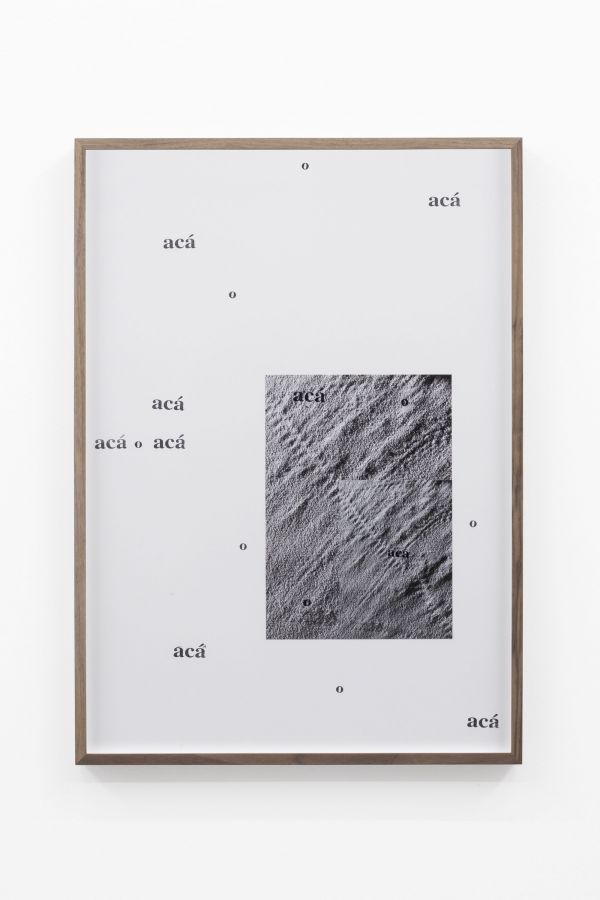 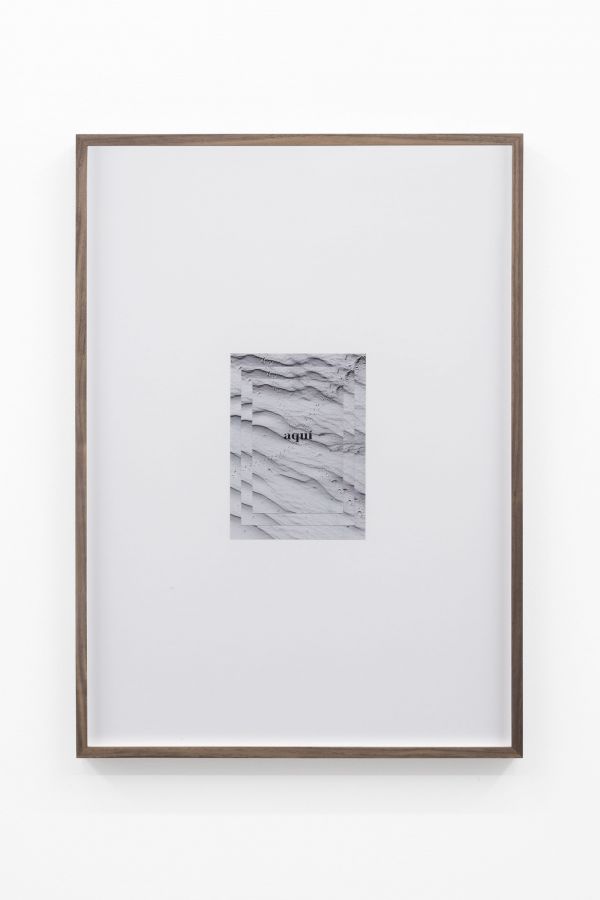 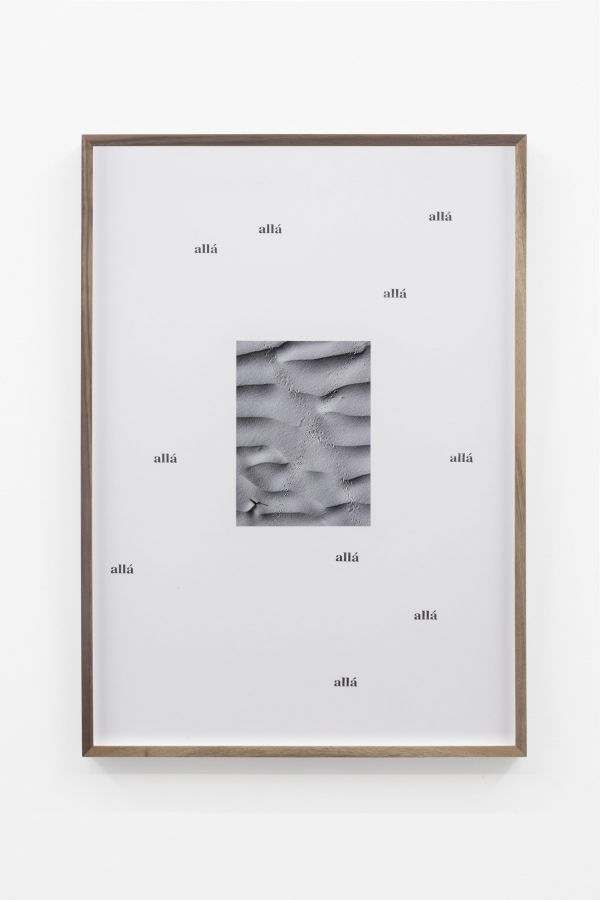 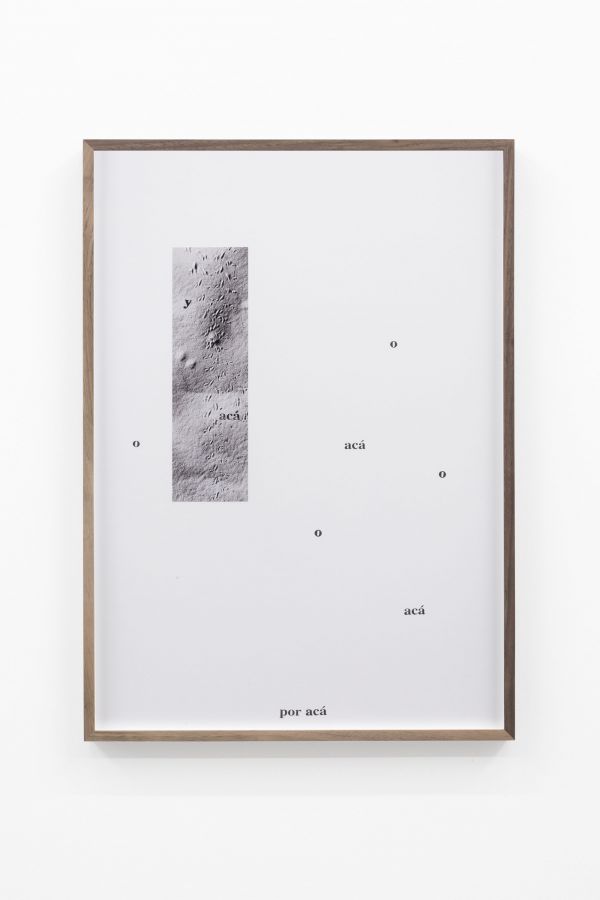 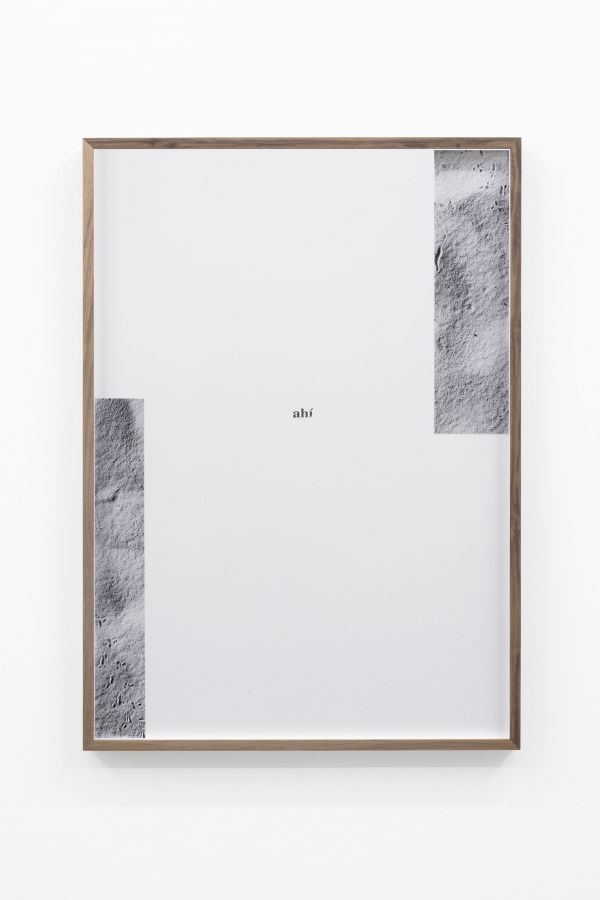 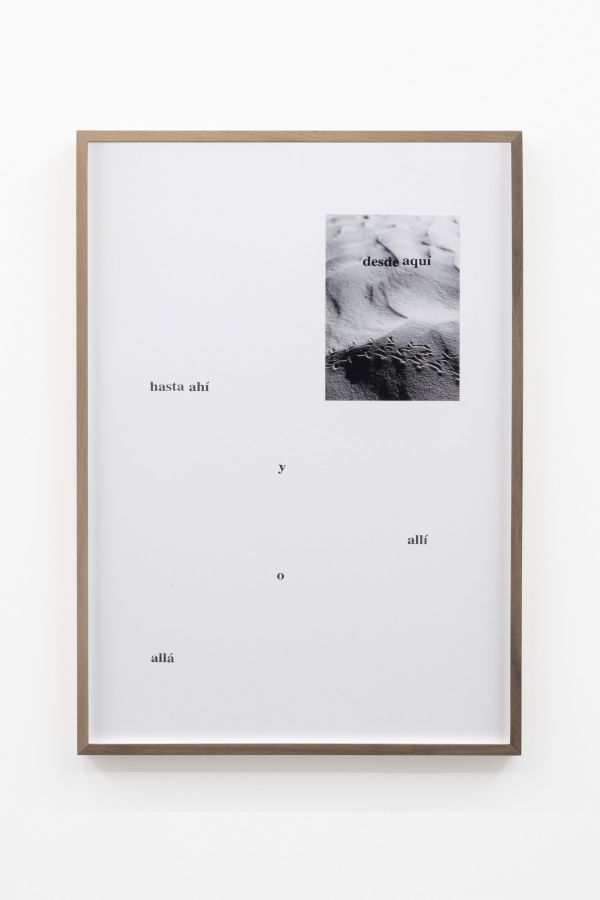 Camino por Desierto, which stands for "I walk Through the Desert'' or "Road Through the Desert", is a series of 10 collages. Each includes a different black and white photograph of crossing beetle tracks in the Sahara sand, stamped words and wood both from Europe and America.

The work is accompanied by the following text:

On March 13th, 2018 I took a walk in the Sahara Desert close to the Oasis town of Timimoun, Algeria, where I was tracking back my ancestor’s migrations on a genetic memory trip in Maghreb. The landscape was exclusively of sand dunes, at all the coordinates until my eyes could see. An ocean of dry orange sand agitated with hard waves of slow-moving sand dunes. There seemed to be no possible life around, temperature was close to 40 degrees Celsius, no trees were allowed to grow deprived of water or soil. No shadow was provided for animals to shelter from the punishing heat. This absence-of-life-moment had an anxiety effect on me. Perhaps it was precisely this I was looking for, going to the deep Sahara. Some hope raised suddenly when I spotted tiny tracks on the sand down my feet. A closer look had convinced me that some life was happening. A bug had been walking right where I stood, just a short moment before me. Its tiny legs would leave precise but delicate imprints on the thin sand. I took a photograph and started following the trail. Every few steps I took a photograph not to lose myself. After a brief moment of trailing I encountered a trail cross, a meeting that might have never happened. I took a photograph of the crossing paths and continued on the first trail until another crossing appeared, where I took another shot. I followed the tracks for almost an hour until I had mapped all of them. One long track reached a palm shade where the remnants of some animal dung stood. My mystery trail eventually led me to find shit.